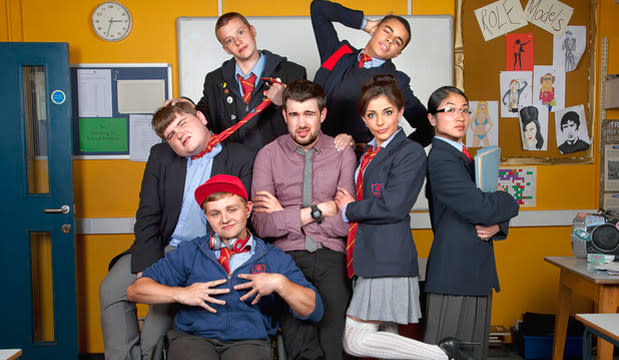 BBC Three's transition from a traditional channel to an online-only property, with new media playing a key role in its evolution, ain't happening any time this year. The channel was set to be switched off this autumn, but its execution has now been pushed until "after Christmas" while the BBC Trust considers its position. The regulator effectively has the power to approve or deny the move, with a definitive answer expected in June.

In the meantime, the Trust has a lot to think about. It's currently running a second public consultation to assess the impact the move will have on viewers, and not everyone is keen on the idea -- a petition to save the channel has been signed by nearly 280,000 people so far. Also, the Trust has to decide whether the new direction for BBC Three makes sense, and whether proposals linked to it do, also. These include extending CBBC programming and filling the dead airwaves with a new time-shifted channel BBC One+1, which the government has suggested isn't a clever use of licence fee cash.

The idea that the BBC Trust could decide to keep BBC Three operating as it does now is extremely unlikely, though. Commenting on the delay, BBC Three boss Damian Kavanagh said: "We won't be rushed." Those words alone signal it's pretty much a done deal, and preparations for a move online have been underway since the plan was announced early last year (not to mention the testing of waters that took place beforehand). Several original shows have been axed on account of budget constraints already, including award-winning zombie drama In The Flesh. ITV securing broadcasting rights to Family Guy and other Seth McFarlane creations that've called BBC Three home for years is telling of the channel's creeping demise, too. The fact is the delay is just that: a delay. But for BBC Three loyalists, you can at least take some comfort in knowing the channel will still have a slot in your EPG while your calendar reads 2015.

In this article: bbc, bbciplayer, bbcthree, hdpostcross, iplayer
All products recommended by Engadget are selected by our editorial team, independent of our parent company. Some of our stories include affiliate links. If you buy something through one of these links, we may earn an affiliate commission.