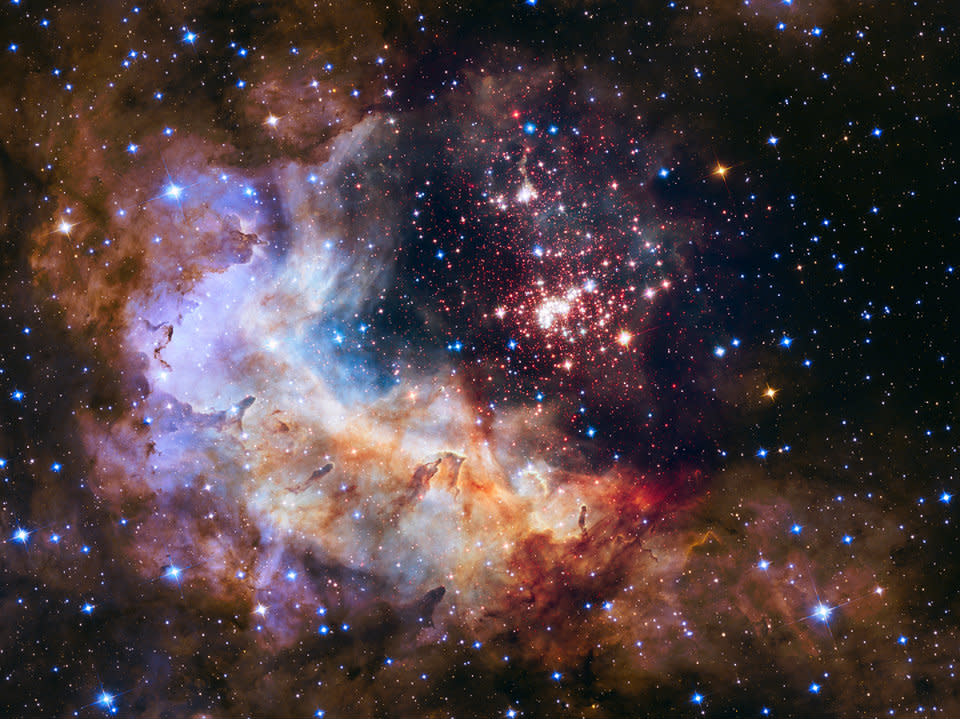 To celebrate the Hubble Space Telescope's quarter century of scientific service, both NASA and the European Space Administration (ESA) have published this stunning photograph of Westerlund 2. At just 2 million years old, this 3,000-star cluster contains some of the biggest, hottest and brightest in the galaxy. The ridges and columns you see above are the result of these stars spewing out massive amounts of ultraviolet radiation that etches into the surrounding hydrogen cloud. You can see more of the Hubble's greatest shots over the last 25 years in the video after the break.

In this article: European Space Agency, hdpostcross, Hubble Space Telescope, NASA
All products recommended by Engadget are selected by our editorial team, independent of our parent company. Some of our stories include affiliate links. If you buy something through one of these links, we may earn an affiliate commission.