Unlock your PC with your Samsung phone's fingerprint reader

Republic Wireless gets serious about its phone selection 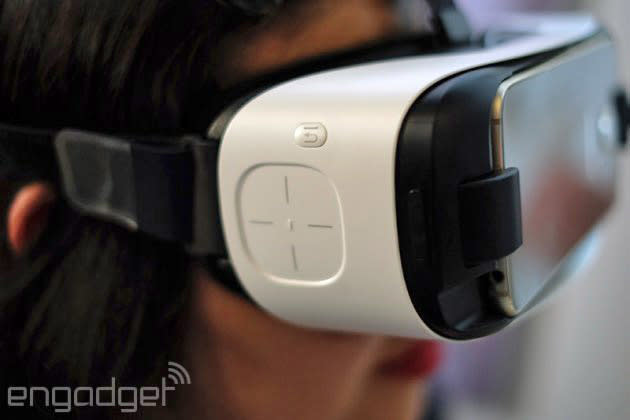 If you just snapped up a Galaxy S6 or S6 Edge, it won't be too long until you can get your hands on Samsung's new Gear VR headset. Samsung just announced that the revamped Gear VR will be available for pre-order on April 24 on Best Buy's website. There's no word on how much it'll cost you, but hopefully it'll be somewhere around the original Gear VR's $200 price. If pre-ordering isn't your thing, you can pick it up from Samsung's online store and Best Buy's site on May 8, as well as its retail stores on May 15. And yes, you'll also be able to try it on at some Best Buy locations. While the Gear VR didn't impress us as much as HTC's Vive virtual reality headset, it's still an improvement over its predecessor, with a lighter frame and higher amount of pixels per inch (due to the S6's slightly sharper screen). It's not exactly a reason to pick up a Galaxy S6 or S6 Edge yet, but that could change over the next year as Samsung adds more VR content.

In this article: Galaxy S6, Gear VR, mobilepostcross, samsung, virtual reality
All products recommended by Engadget are selected by our editorial team, independent of our parent company. Some of our stories include affiliate links. If you buy something through one of these links, we may earn an affiliate commission.