Google pulls the Nexus 7 tablet from its online store (updated)

It's too hard to find stuff on XBLA, says Microsoft 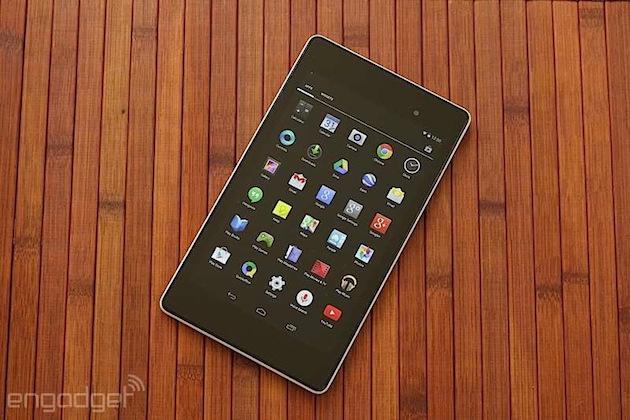 In case you were on the fence about grabbing one of Google's affordable Nexus tablets, you'd better jump off it pretty soon. The Nexus 7's been pulled from the Google Store, as spotted by TalkAndroid, and it almost assuredly isn't coming back -- especially since the Nexus 9 exists. That means if you still want one of the consistently updated 7-inch slates you'll have to hit places like Amazon while supplies last or wallow in regret for all that could've been. Namely, owning a tablet that (to me at least) is more comfortable to hold than the IPad Mini 2 and is essentially just as capable.

Unless you go for the most expensive configuration -- 32GB with LTE -- most models will run you less than half what one of Google's newer, bigger tablets will, too. That sound you hear? It's opportunity knocking. We've reached out to Google for additional info and will update this post should we hear back.

Update: A Google spokesperson tells us that there's still "some inventory" in stores and at carriers, but its emphasis is on the Nexus 9 "at this time." In short, you'd better act fast if you find a Nexus 7 available... it probably won't stick around for much longer.

In this article: delisted, google, GoogleStore, mobilepostcross, nexus, Nexus7, Nexus72013, pulled, removed
All products recommended by Engadget are selected by our editorial team, independent of our parent company. Some of our stories include affiliate links. If you buy something through one of these links, we may earn an affiliate commission.