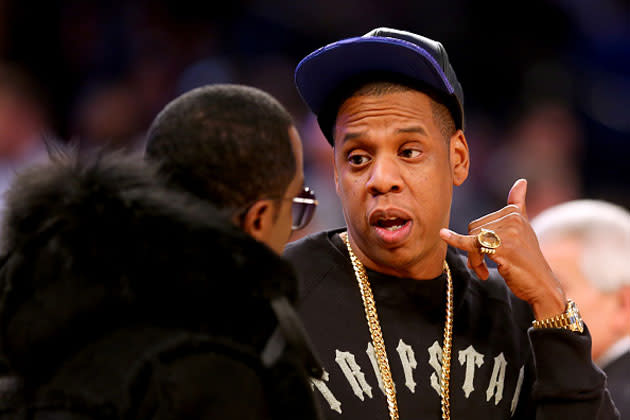 Jay Z re-launched Tidal with a lot of fanfare, but how well is his artist-owned streaming service doing so far? Just fine, if you ask the man himself. As part of a flurry of Twitter posts, Mr. Carter revealed that Tidal has "over 770,000" subscribers to date. He also scoffs at the idea that Tidal is solely about pampering wealthy artists who want a larger cut -- the rapper argues that Tidal's $60 million in equity value pales in comparison to the billions in musical net worth at rivals like iTunes and Spotify. Every artist on Tidal gets a 75 percent royalty rate, Jay Z says, not just those with a direct stake.

Tidal is doing just fine. We have over 770,000 subs. We have been in business less than one month. #TidalFacts

Tidal pays 75% royalty rate to ALL artists, writers and producers - not just the founding members on stage.

Of course, the stats don't tell the full story. It's not clear how many of those customers were around before Tidal's star-studded reboot, and how quickly the company is growing. And while 770,000 users is respectable number for a fledgling operation, it's a drop in the bucket compared to incumbents. Spotify has 15 million paying customers at last check, for example. Jay Z isn't fazed by the numbers, though. He's quick to note that it took years for the established online music services to get as big as they are today, so there's little doubt that he's in the streaming business for the long haul.

In this article: internet, jay-z, music, streaming, tidal
All products recommended by Engadget are selected by our editorial team, independent of our parent company. Some of our stories include affiliate links. If you buy something through one of these links, we may earn an affiliate commission.