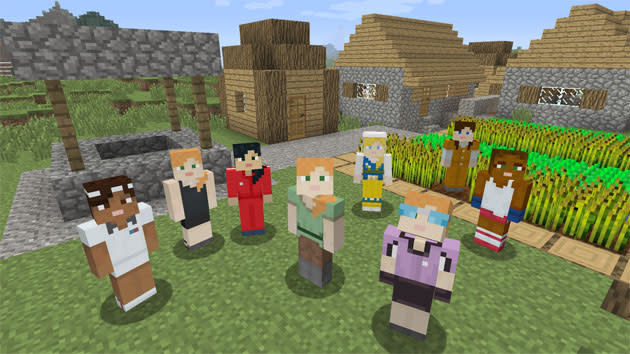 Lots of girls play Minecraft, but you wouldn't know it from the default character options. Unless you've been willing to pay up or install a mod, your only real choice so far has been Steve, the game's male mascot. At last, though, things are opening up -- Mojang is giving builders the choice of a free girl character, Alex. She's been around before as a randomly assigned character in the computer version, but the move will help female players on all platforms sculpt their dream worlds using a character they can identify with. PlayStation and Xbox gamers will get Alex as of April 29th, while mobile users playing the Pocket Edition should see her this summer.

In this article: android, diversity, gaming, girls, ios, microsoft, minecraft, minecraftpocketedition, mojang, playstation, videogames, windowsphone, women, xbox
All products recommended by Engadget are selected by our editorial team, independent of our parent company. Some of our stories include affiliate links. If you buy something through one of these links, we may earn an affiliate commission.