AI can detect Alzheimer's 10 years before symptoms show up 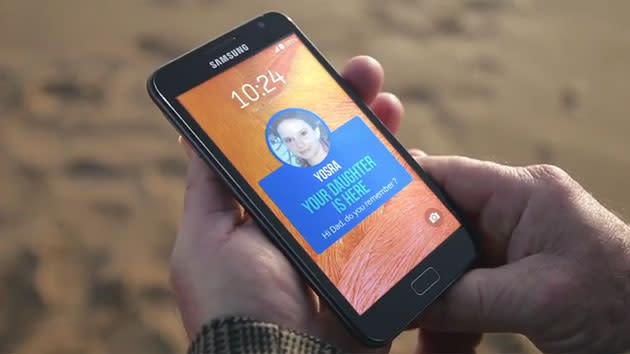 If you've seen Still Alice, you know how important a smartphone can be for an Alzheimer's patient -- it helps jog memories that might otherwise be lost. Samsung is clearly aware of this, as it just released a dedicated Backup Memory app to stimulate the memories of early-onset patients. The Android tool uses Bluetooth to detect when friends and family running the app are nearby. If they are, it'll both identify the person and show user-uploaded photos and videos that recall past events. The app is currently very simple (Samsung still wants to add GPS locations, for instance), but it's reportedly promising enough in early tests that it's slowing down the effects of Alzheimer's and making life just a little bit easier.

In this article: alzheimers, android, backupmemory, health, medicine, memory, mobilepostcross, samsung, smartphone, video
All products recommended by Engadget are selected by our editorial team, independent of our parent company. Some of our stories include affiliate links. If you buy something through one of these links, we may earn an affiliate commission.