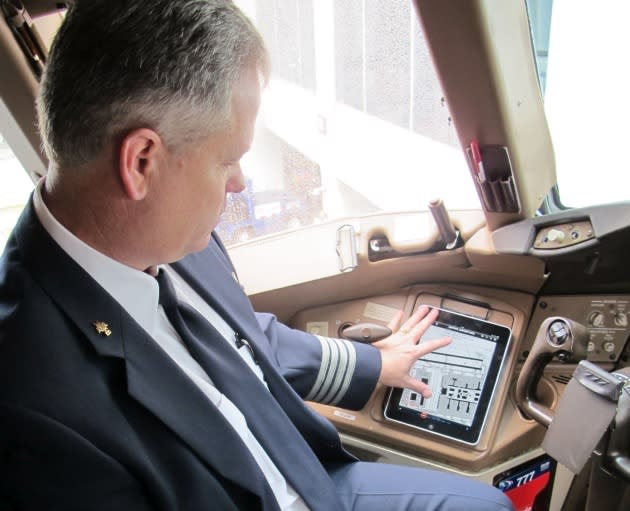 A couple of years ago, American Airlines swapped out its pilots' "flight bag" for iPads loaded with the terminal charts and other reference materials they're required to carry. Losing the 35 lbs of materials for a tablet (some 8,000 of them) was a good tradeoff, but tonight an apparent glitch is grounding some of the airline's flights. American Airlines confirmed the issue in a statement to Engadget, saying "Some flights are experiencing an issue with a software application on pilot iPads", and that some of the flights had to return to the gate for a WiFi connection to fix the issue. According to the Dallas Morning News several dozen flights are affected, although it's not clear what caused the glitch.

Some flights are experiencing an issue with a software application on pilot iPads. In some cases, the flight has had to return to the gate to access a Wifi connection to fix the issue. We apologize for the inconvenience to our customers. We are working to have them on the way to their destination as soon as possible.

@bjacaruso Some flights are experiencing an issue with a software application on pilot iPads. We'll have info about your departure soon.

In this article: AmericanAirlines, apple, delay, flight, glitch, ipad, pilot, video
All products recommended by Engadget are selected by our editorial team, independent of our parent company. Some of our stories include affiliate links. If you buy something through one of these links, we may earn an affiliate commission.