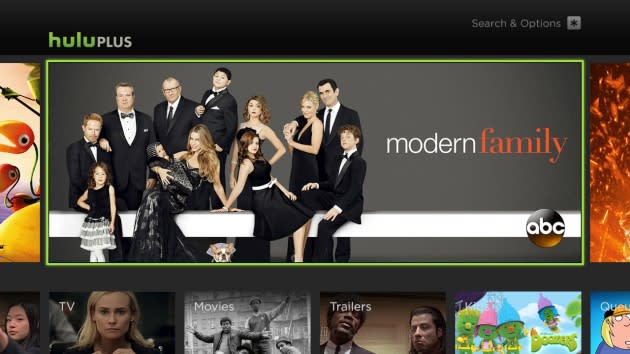 Cablevision was already the first provider to start pushing HBO Now for its internet subscribers, and today it's announcing a deal with Hulu. The two have reached an agreement to bring Hulu's VOD catalog to Optimum customers, but exactly what that means is unclear. Unlike the HBO announcement, this news isn't specifically targeted at internet customers, and according to reps, details on pricing and availability will come later. We don't know if Hulu's content will be coming to cable boxes, or if the subscription Hulu Plus service will just be available as an add-on bundle for TV and/or internet subscribers. Tim Connoly, SVP of distribution at Hulu said in the press release "Even with the rapid growth in streaming, there is a huge audience that consumes television through their cable provider, and we want to be there for them too."

In this article: cablevision, hdpostcross, Hulu, HuluPlus, optimum
All products recommended by Engadget are selected by our editorial team, independent of our parent company. Some of our stories include affiliate links. If you buy something through one of these links, we may earn an affiliate commission.