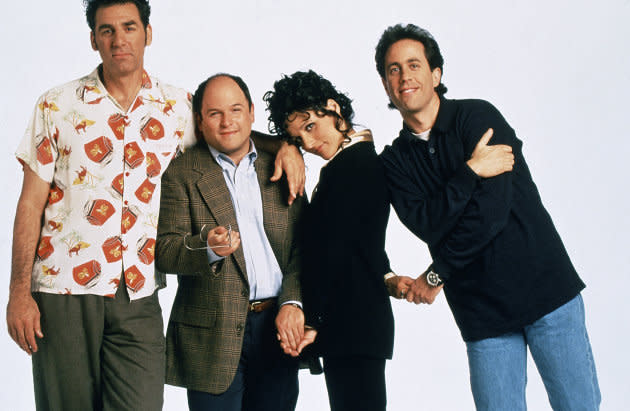 According to a report by Variety, tomorrow Hulu will announce that it has won the bidding war for streaming rights to the Seinfeld series. The deal is said to be worth nearly $1 million per episode (a WSJ rumor puts the figure at about $700k per ep), adding up to some $180 million or so, enough to bring the complete series to a streaming service for the first time. According to the earlier rumors Amazon and Yahoo were also in the running for the series, although streaming giant Netflix had dropped out, apparently deciding to focus on original shows and its deal for the Friends series. The deal should be announced tomorrow during Hulu's "Upfront" presentation -- we'll be watching for more info on its Cablevision deal -- for advertisers and the media, scheduled to start at 8:30AM.

In this article: hdpostcross, hulu, HuluPlus, nbc, seinfeld, streaming, syndication, upfronts
All products recommended by Engadget are selected by our editorial team, independent of our parent company. Some of our stories include affiliate links. If you buy something through one of these links, we may earn an affiliate commission.