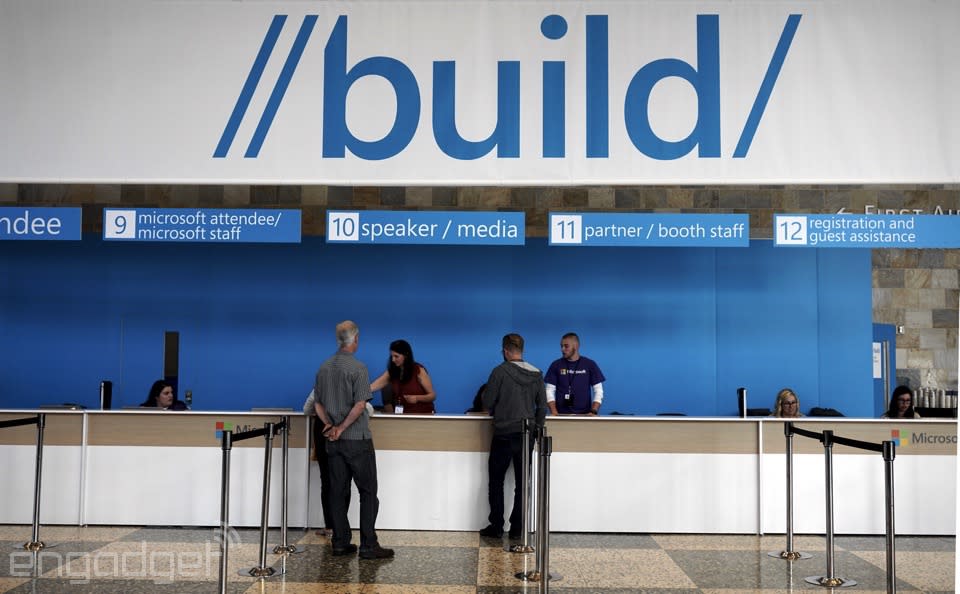 We're ready and waiting in San Francisco for Microsoft to kick off its next Build developer conference. There will likely be some surprises, especially around HoloLens, but mostly we're expecting Microsoft to delve deeper into Windows 10 and what it means for developers. Word on the street is that Windows 10 might hit this summer, so don't be surprised if we see a firm release date today. Not surprisingly, this conference will likely be used to court as many developers as possible to the Windows 10 app ecosystem. Expect plenty of announcements around Microsoft's universal app platform, which lets devs write apps once and run them across multiple devices. We may even see Microsoft open up Windows to Android apps, according to journalist Paul Thurrott. That's been rumored for a while now, and this conference is the perfect chance for Microsoft to prove to developers that it's a lot more flexible. Join us here at 11:30 AM ET/8:30 AM PT when the festivities are scheduled to begin.
In this article: Build2015, developers conference, microsoft, Microsoft Build, Windows 10
All products recommended by Engadget are selected by our editorial team, independent of our parent company. Some of our stories include affiliate links. If you buy something through one of these links, we may earn an affiliate commission.