Dr. Seuss iPhone apps get supersized for the iPad 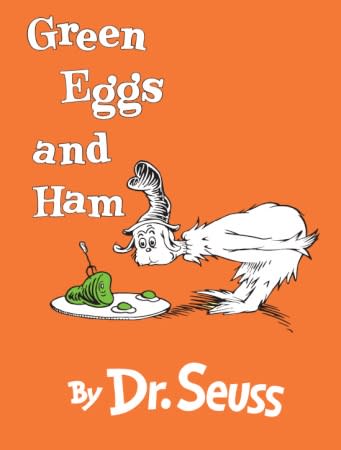 Hulu picked up Seinfeld, and now Netflix is working on a new show with Ellen DeGeneres -- but it's not a mid-90s sitcom at all. The two will create a 13-episode series based on the Dr. Seuss book Green Eggs and Ham that's due to arrive in 2018, aimed at kids around the world. According to Deadline, the writer behind the project is Jared Stern, who wrote Wreck-It Ralph, and has been trying to make a show based on the book for years. Also, the report claims this is supposed to be the "most expensive" animated show ever created for television. Ellen seems excited about it in her video announcement (included after the break, but I think if there's a high-budget Game of Thrones-rivaling Dr. Seuss adaptation in the works, then The Butter Battle Book might have been a better choice.

In 2018, This Classic Book
Comes to TV with a Whole New Look

Issued from Netflix headquarters.
Delivered straight to all reporters.

We'd love to share some happy news
based on the rhymes of Dr. Seuss.

Green Eggs and Ham will become a show
and you're among the first to know.

In this richly animated production,
a 13-episode introduction,

standoffish inventor (Guy, by name)
and Sam-I-Am of worldwide fame,

embark on a cross-country trip
that tests the limits of their friendship.

As they learn to try new things,
they find out what adventure brings.

Of course they also get to eat
that famous green and tasty treat!

Cindy Holland, VP of Original Content for Netflix
threw her quote into the mix:

for our growing slate of amazing stories
available exclusively in all Netflix territories.

In this article: Dr.Seuss, EllenDegeneres, GreenEggsAndHam, hdpostcross, netflix, video
All products recommended by Engadget are selected by our editorial team, independent of our parent company. Some of our stories include affiliate links. If you buy something through one of these links, we may earn an affiliate commission.