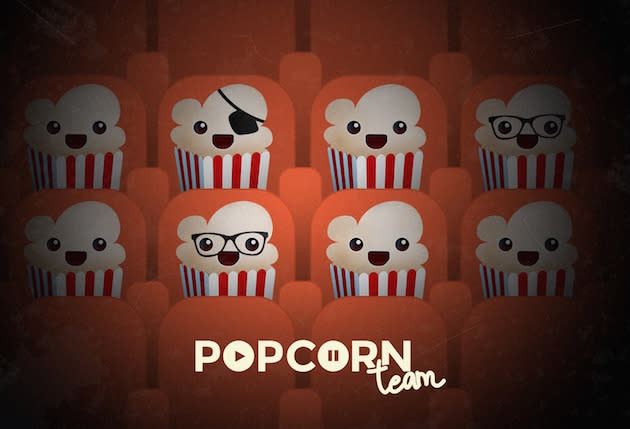 Popcorn Time has painted a rather large target on its back with its movie-streaming service. Due to its questionable legality, movie studios have sought to block the service, but a shift to Bittorrent-based distribution has allowed it to continue operating while Hollywood scrambles a response. One place the studios have been able to deal a blow, however, is in the UK, where they've managed to restrict access to the original Popcorn Time client.

The High Court yesterday ruled that five of the UK's biggest broadband providers begin blocking five websites offering the streaming software for download. Sky, BT, EE, TalkTalk and Virgin Media will all be forced to comply, just as they have with popular Bittorrent websites like ThePirateBay (even if those blocks have later been rendered useless).

As none of the ISPs opposed the order, it's only a matter of time until popcorntime.io, flixtor.me, popcorn-time.se, and isoplex.isohunt.to are blocked. However, because the service operates using P2P protocols, those already using the software shouldn't experience any issues. When torrent sites like Kickass Torrents and EZTV were restricted in the UK, hundreds of websites sprung up in their place and proxy sites helped users evade the blocks on the original websites. It's safe to assume the same will happen here.

Update: Popcorn Time's developers have issued a statement (via The Next Web):

We're pretty disappointed from the judicial system in the UK and feel pretty sorry for the citizens of England for their basic rights, like the freedom of speech and net neutrality being revoked so easily.

We hope to see some sort of protest from the citizens of the UK against this order, but given how easy it is for the judicial system there to hurt their basic rights, we doubt they will do so

We find this move they made pretty predictable and we're sure that this is not the last of it. We're working full force now even more than ever on making Popcorn Time fully p2p and soon the software will not be depended on any domain or centralized server to operate.

In this article: bittorrent, hollywood, mpaa, popcorn time, popcorntime, streaming, uk high court
All products recommended by Engadget are selected by our editorial team, independent of our parent company. Some of our stories include affiliate links. If you buy something through one of these links, we may earn an affiliate commission.