White Castle serves up plant-based meat with the Impossible Slider

McDonald's will satisfy your Big Mac craving with UberEats delivery

McDonald's will deliver your Big Mac, if you're in New York City 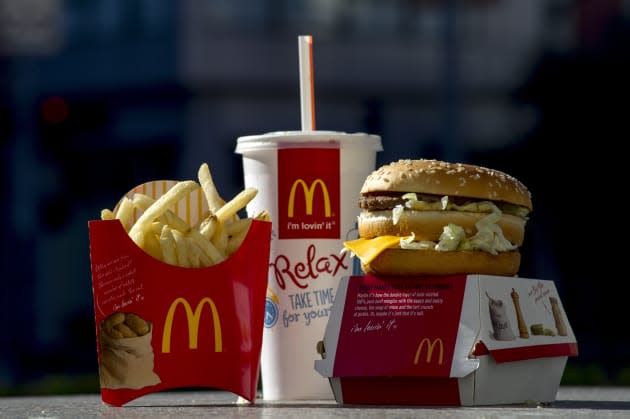 What's that? You want a Big Mac combo for lunch but don't have time to venture out? Well, if you happen to be in New York City, McDonald's will soon bring that double-decker burger to you. The company announced today that it will test a 24-hour delivery service in Brooklyn, Queens and Manhattan as part of a partnership with Postmates. If you'll recall, that startup powers similar delivery options for Starbucks and Chipotle. This news comes as part of CEO Steve Easterbrook's plan to turnaround the fast food chain's business by focusing on better food and acting on customer feedback -- all-day breakfast, sirloin burgers and "artisan" chicken were mentioned. It's going to be an uphill climb for the Golden Arches too, as the franchise will close 700 total stores this year. Looking to try the new service? You'll be able to do just that starting today from NYC's 88 participating locations. Don't expect ice cream, though, and you'll want to order $10 worth of food to avoid a delivery fee.

In this article: burgers, death, delivery, fastfood, mcdonalds, newyorkcity, nyc, postmates
All products recommended by Engadget are selected by our editorial team, independent of our parent company. Some of our stories include affiliate links. If you buy something through one of these links, we may earn an affiliate commission.