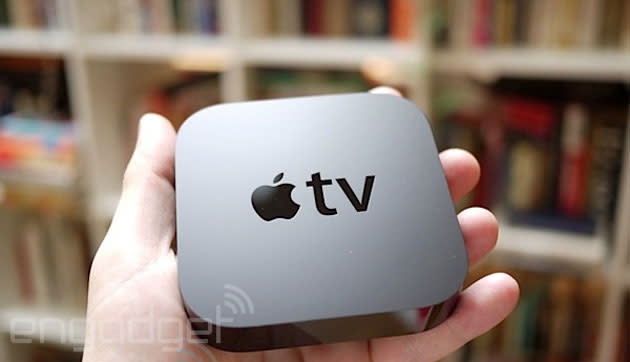 Remember OpenTV, the video on demand software developer that sued Netflix for allegedly violating its streaming patents? It's back. The company is suing Apple in the belief that virtually everything Apple makes (such as the Apple TV and iTunes) is infringing on five streaming-related patents, including ones for interactive TV and copy protection. Supposedly, you're borrowing OpenTV technology when you download or rent a movie through Apple's software. The folks at 1 Infinite Loop haven't issued a formal response to the suit, although there's definitely pressure to offer compensation. OpenTV's parent company, the Kudelski Group, brags that it already has licensing deals (Netflix settled earlier this year) with the likes of Disney and Google -- Apple didn't necessarily use OpenTV's ideas, but it'll go against the grain if it fights back.

In this article: apple, business, gear, hdpostcross, internet, itunes, Kudelski, kudelskisa, lawsuit, patent, patents, streaming, TL17APLAW
All products recommended by Engadget are selected by our editorial team, independent of our parent company. Some of our stories include affiliate links. If you buy something through one of these links, we may earn an affiliate commission.