Telesurgery tests highlight the limits of the Internet 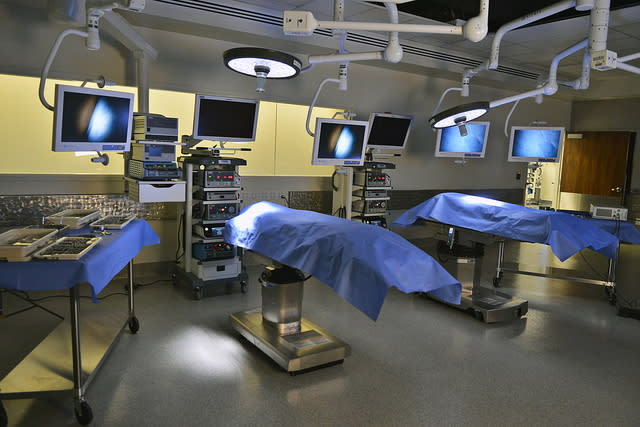 Telesurgery has the potential to bring surgeons in contact with patients anywhere, any time. In a remote robotic-assisted surgery, a doctor would be able to guide a mechanical device at a far away location to perform the procedure. The use of robotics in surgeries has been successful, as long as the operator and the device are in the same OR. But putting distance between the two has been problematic. The whole process relies on a strong network or Internet for connectivity, which invariably results in some amount of latency. Even the slightest lag can have serious implications. With a $4.9 million grant from the U.S. Department of Defense, the Florida Hospital Nicholson Center has completed a series of tests that reveal improvements in bandwidth technology are making telesurgery safer.

For telesurgery to become a viable option, it's essential to know how much latency a surgeon can tolerate before it starts to impact the outcome. The center's tests concluded that a lag of up to 200 milliseconds (about the same time as the blink of an eye) didn't affect a surgeon's ability. 107 experienced surgeons completed simulated exercises, both with and without induced latency for comparable results. Most of those surgeons noticed a delay between 300 and 500 milliseconds and were able to compensate for it, but anything higher was considered too risky.

Telesurgery is of particular interest to the US military because it promises to make the best healthcare available to wounded soldiers near a battlefield. With that in mind, most remote surgery experiments have been focused on overcoming harsh environments and long distances. "These discovered that all of the necessary pieces were not in place yet to provide telesurgery to soldiers," says Dr Roger Smith, Chief Technology Officer at the Nicholson Center. "But they did not measure what was possible in a technology-rich environment." Unlike previous tests, which highlighted the failures of the system, the center tested distances where telesurgery could be successful. "Our research focused on finding out what is possible right now at short distances and well-equipped hospitals," he says. "Then we will step out from there until we find the threshold where the system breaks down." Their simulated telesurgery tests covered a 1,200-mile distance, from Celebration, Florida to Fort Worth in Texas.

Latency has been the biggest obstacle so far. But it isn't the only thing that prevents telesurgery from being accessible to the military or the public. "The challenges are in security, social acceptance, and legal constraints," says Dr. Smith. "Without more clear answers in those areas, no company will invest the millions necessary to create a robotic system for telesurgery."

In this article: LagTimeTest, latency, medical, military, NicholsonCenter, RoboticSurgery, surgery, telesurgery
All products recommended by Engadget are selected by our editorial team, independent of our parent company. Some of our stories include affiliate links. If you buy something through one of these links, we may earn an affiliate commission.