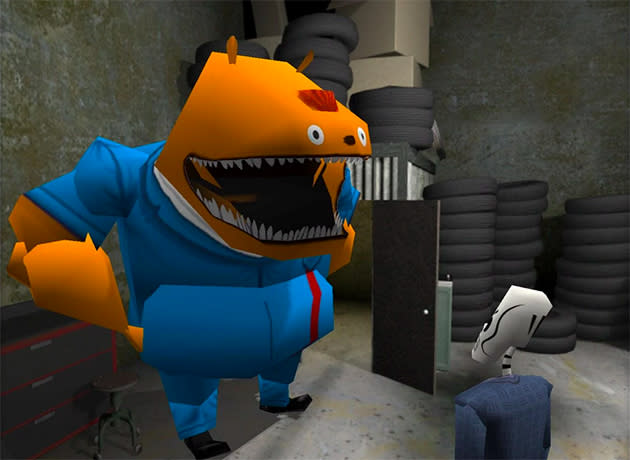 The classic point-and-click adventure Grim Fandango has made its way to iOS and Android. Originally released by LucasArts, Grim Fandango was remastered by creator Tim Schafer's Double Fine Productions for PlayStation 4, Vita, PC, Mac and Linux earlier this year. Unlike many mobile ports of traditional games, Grim Fandango's point-and-click gameplay should lend itself to extended plays on iPad and Android tablets quite nicely, although playing on smaller phones may prove problematic. The mobile version of the critically acclaimed game includes the re-release's improved graphics and audio along with additional features like an optional director's commentary.

Grim Fandango is priced at $9.99 in both Google Play and Apple's App Store for one week only, after which it'll be sold at $14.99. If you don't have that kind of equipment but are still keen to play it, Double Fine is applying the same 33% discount to the game on both Steam and the PlayStation Store.

In this article: android, apple, google, ios, mobilepostcross
All products recommended by Engadget are selected by our editorial team, independent of our parent company. Some of our stories include affiliate links. If you buy something through one of these links, we may earn an affiliate commission.