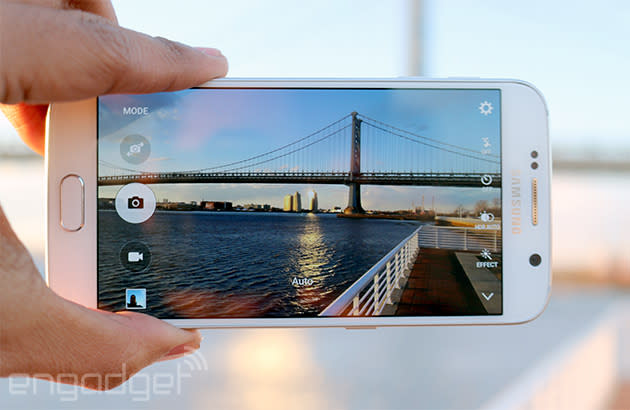 When Samsung unveiled the Galaxy S6, you might have noticed that the company stopped touting its in-house ISOCELL camera tech. Was it relying on someone else's sensor instead? As it turns out, the answer is yes... sort of. The Korean firm has confirmed owners' discoveries that the rear sensor is alternately made by Samsung or Sony. There are "several different vendors" making S6 cameras, a spokesperson says, although there's no mention of how Samsung distributes those components. Not that you'll need to be worried, apparently. The company insists that they all meet "strict global quality and performance standards," and SamMobile has conducted tests showing that the practical differences are slight. In short, you'll likely get quality photos regardless of whose imaging hardware is under the hood.

In this article: android, galaxys6, galaxys6edge, imx240, isocell, mobilepostcross, samsung, smartphone, sony
All products recommended by Engadget are selected by our editorial team, independent of our parent company. Some of our stories include affiliate links. If you buy something through one of these links, we may earn an affiliate commission.