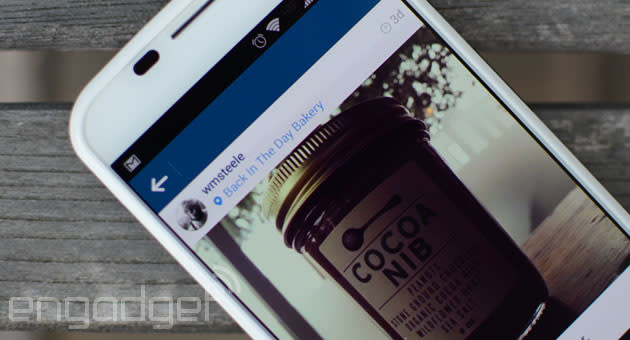 Notice some familiar faces popping up in Facebook's "People You May Know" section? Well, there's a reason for that. Zuckerberg & Co. recently began serving up suggestions for prospective connections based on your Instagram feed. It's no surprise that Facebook would pull data from the filter-driven app, especially from folks who've linked the two -- it does own the photo software after all. And as we've heard a few times before, Facebook likes its apps to share info. Of course, if you're like me, you use the two social networks for entirely different reasons (food pics and keeping up with old pals, natch). Facebook confirmed that it "recently" began pulling data from Instagram based on who you follow, but wasn't too keen on elaborating further.

In this article: facebook, followers, instagram, suggestions
All products recommended by Engadget are selected by our editorial team, independent of our parent company. Some of our stories include affiliate links. If you buy something through one of these links, we may earn an affiliate commission.