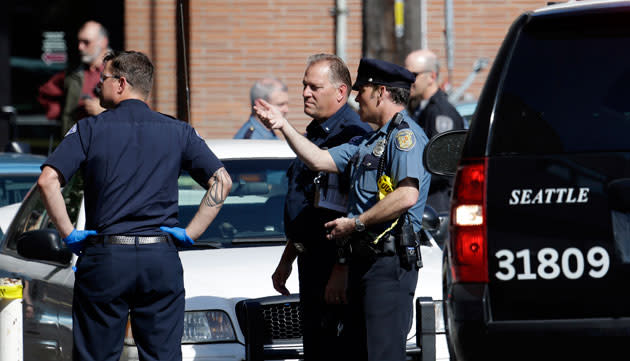 The US government might have only started taking a serious look at the civil liberty implications for stingrays and other cellphone surveillance devices, but Washington state isn't willing to wait. Governor Jay Inslee has just signed a bill into law requiring that police obtain warrants before using stingrays to simulate cell sites and intercept communications. They have to explicitly state their intention to use these gadgets (the FBI sometimes encourages departments to keep stingray use a secret), and they must toss out any information from people who aren't targets in a given investigation.

This isn't the first state to toughen up its cellphone tracking laws; Minnesota, Utah and Virginia already have comparable legislation. The Washington measure is going to affect a larger slice of the American population, however, and it suggests that the standards for cellphone surveillance are getting tougher overall. Police in states without these laws not only don't need to disclose that they're using a stingray, but merely need to prove that they're collecting "relevant" data -- they can violate someone's privacy without telling others what's going on, and might just scoop up conversations from innocent people. Theoretically, Washington and like-minded states are forcing cops to be accountable for their actions and think twice before they resort to intrusive technology to catch criminals.

In this article: law, lawenforcement, mobilepostcross, police, privacy, stingray, washington
All products recommended by Engadget are selected by our editorial team, independent of our parent company. Some of our stories include affiliate links. If you buy something through one of these links, we may earn an affiliate commission.