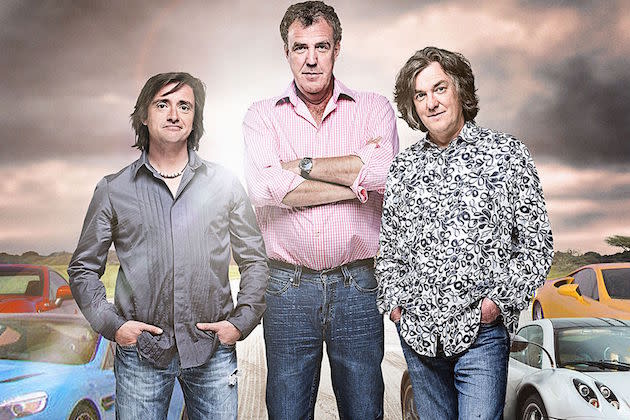 Ever since Jeremy Clarkson punched a producer in a row over steak, the future of Top Gear has been completely up in the air. The BBC appears to have distanced itself completely, leaving Clarkson and his co-presenters James May and Richard Hammond to speak to other broadcasters about creating a brand new motoring show. Over the past few weeks, it's been suggested that streaming giant Netflix is the favourite to pick up the trio, and today The Mirror has added more fuel to the fire after it reported that the new show already has a name: House of Cars.

You'd be forgiven if you did a double take. Yes, it's a car-related spin on the award-winning political drama House of Cards, starring Kevin Spacey. Netflix wouldn't be able to to use the BBC's Top Gear trademark, so it'd need something unique if it really is going to film a new series. It doesn't help that there's already a Spanish-language car show called House of Cars, of course. However, the company's involvement hasn't yet been confirmed, so we're still firmly in the rumor and speculation stage. That said, if it was true, we do wonder whether Netflix could utilize some of its other popular Originals for more pun fun. Here's the best we could do with two editors and a 15-minute deadline:

Think you can do better? Drop it in the comments.

In this article: bbc, hdpostcross, jeremy clarkson, motoring, netflix, top gear, uk-feature
All products recommended by Engadget are selected by our editorial team, independent of our parent company. Some of our stories include affiliate links. If you buy something through one of these links, we may earn an affiliate commission.