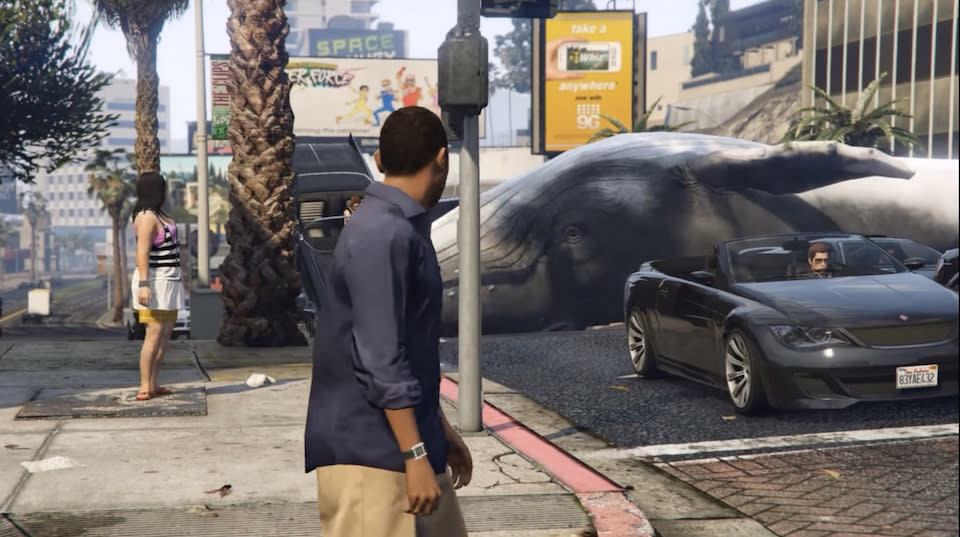 While you've been busy enjoying guns that fire cars, piloting flying saucers or swimming 'round a flooded Los Santos thanks to mods for the PC version of GTA V something darker's lurked beneath the surface. GTAForums user aboutseven noticed that a C# compiler was running in the background on his or her computer and traced it back to a file dubbed "Fade.exe." Upon further inspection she or he spotted that it was using internet access. Turns out it was a keylogger. Process of elimination deduced that "Noclip," which allows you to examine the insides of objects freely, and "Angry Planes," which spawns incredibly, well, angry, planes that attack you with kamikaze-like fury, were the culprits behind the malware infection.

Sites that have hosted the mods have since pulled them down, and for a detailed breakdown for how to remove the nefarious files and programs, hit the source link below. It should go without saying that if you've installed these on your computer, changing all of your passwords is incredibly important at this point. In the meantime, enjoy a video that never gets old: blue whales falling from the sky and causing chaos in Los Santos.

In this article: BlueWhales, Fade, fade.exe, gaming, GrandTheftAuto, GrandTheftAutoV, GTA, gta5, GtaV, hd, hdpostcross, malware, PcGaming, virus
All products recommended by Engadget are selected by our editorial team, independent of our parent company. Some of our stories include affiliate links. If you buy something through one of these links, we may earn an affiliate commission.