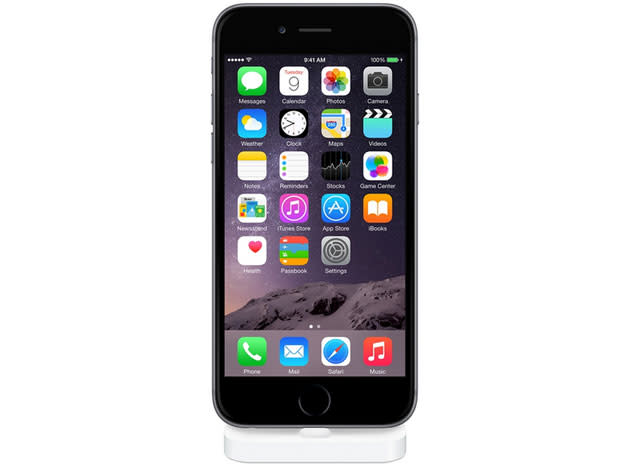 When Apple switched the iPhone to the smaller, simpler Lightning connector back in 2012, it also ditched one of the iPhone's most appreciated accessories: the dock. Yes, for the past three years you've usually had to either buy a third-party cradle or accept that your smartphone would lay flat on its back. At long last, though, you have an official option. Apple has quietly released the iPhone Lightning Dock, a simple perch that keeps any Lightning-equipped iPhone standing while it's charging or playing tunes through the dock's built-in audio jack. At $39, it's certainly not the cheapest dock you can get. If you insist on first-party gear, though, you can order this peripheral today.

Update: There were in fact Lightning-equipped docks before, but they were specific to the 5c and 5s (and the 5 by extension). This dock works with all Lightning-based iPhones, and it'll probably be a good fit for your iPod touch, too. You might not want to try it with an iPad given that tiny base, though.

In this article: accessories, apple, dock, iphone, iphonelightningdock, lightning, mobilepostcross, peripherals
All products recommended by Engadget are selected by our editorial team, independent of our parent company. Some of our stories include affiliate links. If you buy something through one of these links, we may earn an affiliate commission.