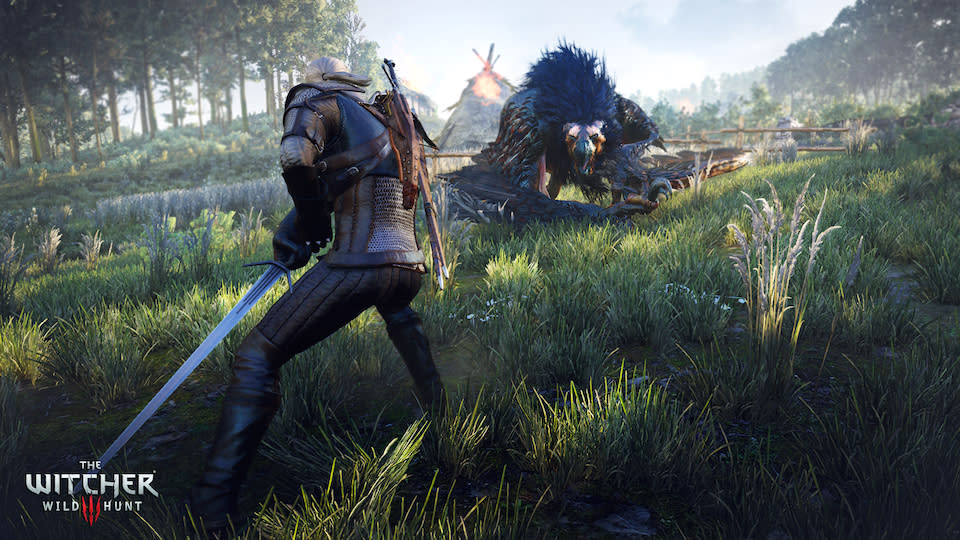 You've likely seen the infamous "sex on a stuffed unicorn" scene by now, but what's the rest of The Witcher 3: Wild Hunt really about? That's what I'm hoping to show you today on this latest edition of JXE Streams. The Witcher is kind of an anomaly, really: a long-running PC role-playing series (based upon Polish fantasy novels) with a dedicated fanbase, but when the console port The Witcher 2: Assassins of Kings arrived on Xbox 360 back in 2012, not many people paid attention to it. Fast forward three years and its sequel is one of the most highly anticipated games of the month. We're going to dive into some caves, fight some monsters and hopefully avoid any not-safe-for-work shenanigans so you don't get into any trouble if the boss walks by your desk.

Join us here in this post, at Engadget.com/gaming or over on Twitch.tv/Joystiq for a solid 90 minutes of The Witcher 3: Wild Hunt starting at 3:30PM ET. How long will Geralt of Rivia's beard grow by the end? We'll find out together.

If you enjoy our streams, please follow us on Twitch.tv/Joystiq and bookmark Engadget.com/gaming.

[We're playing The Witcher 3: Wild Hunt on Xbox One, streamed through an Elgato Capture HD via OBS at 720p.]
In this article: gaming, geraltofrivia, hd, hdpostcross, joystiq, jxestreams, monsters, TheWitcher, witcher, witcher3, witcher3wildhunt, XboxOne
All products recommended by Engadget are selected by our editorial team, independent of our parent company. Some of our stories include affiliate links. If you buy something through one of these links, we may earn an affiliate commission.