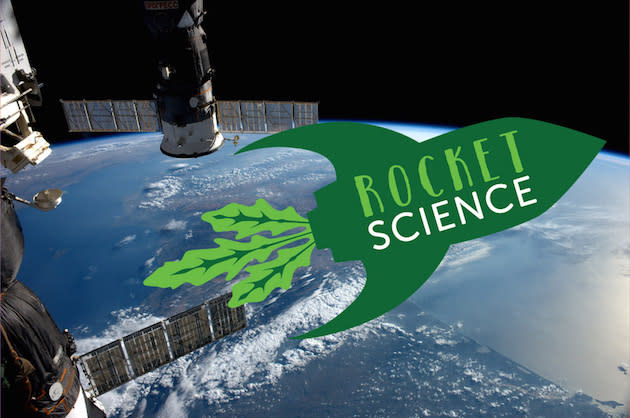 If we're ever to inhabit other planets in our solar system, we must first make sure that we can grow our own food in order to survive. While space scientists have been experimenting with this for decades, the UK Space Agency, with help from the Royal Horticultural Society, is calling on Britain's kids to help it understand more about growing food on different worlds. Rocket Science, as it's known, will involve sending two kilograms of rocket seeds to the International Space Station (ISS) as part of British astronaut Tim Peake's six-month Principa mission.

The seeds will spend a number of months on board and return to earth in spring 2016. They'll then be packaged up with seeds that have remained on earth and sent to thousands of schools all over the UK. Around half a million children will be invited to take part in the experiment, which tasks them with growing and comparing the growth of two packets of 100 seeds and sharing their results on a national online database. While the project lets the UK Space Agency crowdsource data and better understand the effects space has on plant life, it's mainly designed to encourage pupils to think scientifically in the hope that it'll inspire the next generation of scientists, physicists and engineers.

In this article: ESA, rhs, rocket science, space, uk space agency
All products recommended by Engadget are selected by our editorial team, independent of our parent company. Some of our stories include affiliate links. If you buy something through one of these links, we may earn an affiliate commission.