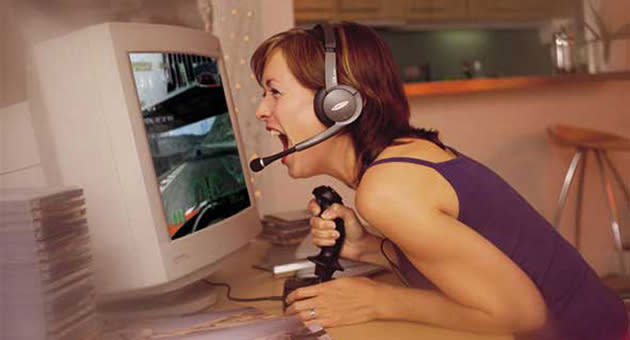 Gaming has well known dark sides, but it can also improve spatial skills, reduce stress and even bring families together. Two new studies may further confuse you about the benefits, with one concluding that gaming makes you friendlier in the real world, and another implying it could ruin your brain. First the plus side: Texas Tech researchers think that cooperative gameplay, whether in violent or non-violent games, makes people nicer. "We found that playing with a helpful partner increases the expectation of others to reciprocate that pro-social behavior," said author John Velez. He added that teaming up even makes you "nicer to the other team... that just tried to beat you."

Playing cooperatively, rather than alone -- even online -- can stimulate gamers' empathy so much that it negates the aggressive effects of violent games and even carries over into the real world. Velez found that players were more likely to help out pals in social situations and less likely to be hostile to friend and foe alike. "What we found was cooperative play seems to have the biggest effect in terms of decreasing aggression toward other people," he said.

What we found was cooperative play seems to have the biggest effect in terms of decreasing aggression toward other people.

On the downside, because of the way that gaming stimulates your brain, it may increase your risk to neurological disorders like Alzheimer's Disease. Researchers from the Douglas Institute and Université de Montréal found that gamers tend to navigate their environment using the brain's reward center (the caudate nucleas), rather than using spatial memory from the hippocampus like non-gamers. The results were hardly conclusive, and the team said that further studies should focus on specific games. But the study shows that while gaming may make you more attentive visually, that might be outweighed by the negative effects on your brain.

In this article: aggressive, cooperative gameplay, research, social, team up, violent video games
All products recommended by Engadget are selected by our editorial team, independent of our parent company. Some of our stories include affiliate links. If you buy something through one of these links, we may earn an affiliate commission.