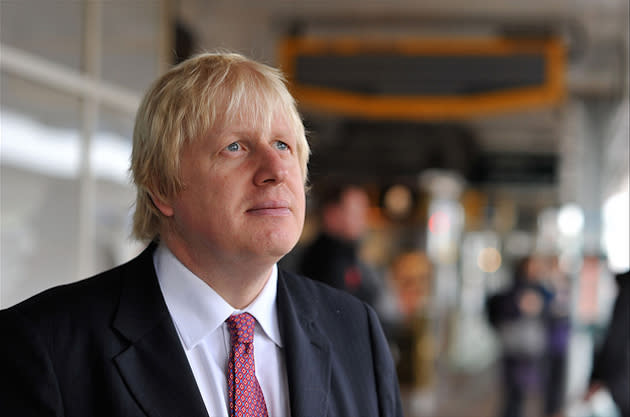 While the city's black cab drivers wait for the High Court to decide whether Uber's operation in London is legal, they may soon be given a helping hand by mayor Boris Johnson. The Financial Times reports that the recently-elected MP has backed proposals limit the number of minicabs operating in the capital, effectively blocking Uber's expansion plans. The private taxi company isn't prepared to take it lying down, though, and has already sought to meet with the mayor to discuss the issue. In a letter seen by the newspaper, Uber UK head Jo Bertram argued that action would result in "higher prices" and negatively affect Londoners' ability to move around the capital.

Although Transport for London (TfL) previously ruled that Uber's use of smartphones to calculate fares is legal, Uber doesn't have yet a position on its board. With no seat at the table, Bertram argues that the company can't adequately challenge the new proposals. The mayor's office, however, insists that the move isn't directly aimed the service. "The Mayor is not on an Uber witch hunt. It doesn't matter who the drivers work for," a spokesperson told The Financial Times. "It just doesn't make sense to have such a large number of minicab drivers in the capital." Boris Johnson believes that private hire cars helping to increase congestion and air pollution levels across London. Proposals designed to curb them could be included in this month's Queen's Speech, making it even more difficult for Uber to operate free from scrutiny.

In this article: boris johnson, cab, london, mayor, taxi, uber
All products recommended by Engadget are selected by our editorial team, independent of our parent company. Some of our stories include affiliate links. If you buy something through one of these links, we may earn an affiliate commission.