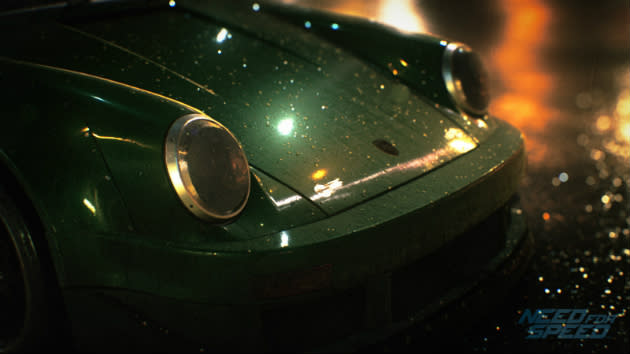 When EA's quarterly report dropped earlier in May, it included a few tasty game-related tidbits, including a "holiday 2015" launch window for a new Need for Speed. EA today confirmed that Need for Speed will launch on PS4, Xbox One and PC this fall -- and it's a full-on reboot of the series. "With more than 20 years of history in its rear view mirror, we're bringing Need for Speed back with a reboot that delivers on what Need for Speed stands for -- rich customization, authentic urban car culture, a nocturnal open world, and an immersive narrative," EA Community Manager Ben Walke writes. The first teaser for the game is fairly gorgeous and EA says that all of its footage was captured in-game. Watch the video below, and keep your eyes here on June 15th for the first gameplay trailer and official announcement direct from E3 2015.

In this article: EA, ElectronicArts, hdpostcross, NeedForSpeed, Racing, RacingGame, reboot
All products recommended by Engadget are selected by our editorial team, independent of our parent company. Some of our stories include affiliate links. If you buy something through one of these links, we may earn an affiliate commission.