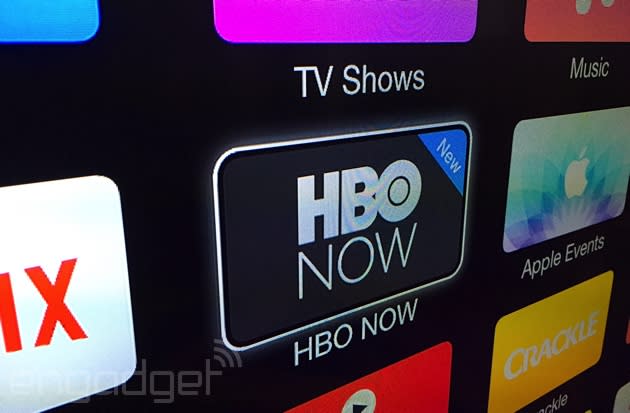 Paying $15 a month for HBO Now is a pretty good deal, especially if you're a cord cutter who yearns for your weekly fix of Game of Thrones. But what if even that price is a little too rich for your blood? Well, HBO could be considering prepaid discounts that would lower that subscription cost by a significant amount. The folks over at Cut Cable Today discovered through a HBO survey that the premium cable network is asking some survey participants if they would consider three-month, six-month and one-year subscriptions for $29.99, $59.99 and $99.99 each. If you went for that annual $99.99 option, for example, you would only pay somewhere around $8.33 a month, which is a savings of around $80 a year. Of course, these options only appeared in a survey, so who knows if HBO will actually implement this. But wouldn't it be great if it did?

In this article: hbo, hbonow
All products recommended by Engadget are selected by our editorial team, independent of our parent company. Some of our stories include affiliate links. If you buy something through one of these links, we may earn an affiliate commission.