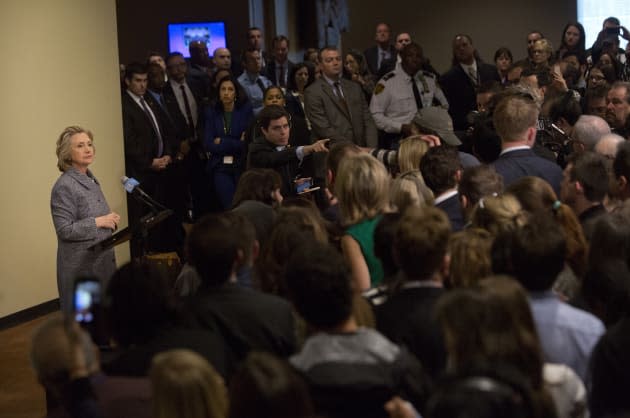 Worried that your own inbox isn't keeping you busy enough? Following a judge's request to release emails from Hillary Clinton's private account on a rolling basis, the State Department posted some 296 of them to its Freedom of Information Act website. The emails are from Clinton's time as Secretary of State between 2009 and 2013, and have come under scrutiny because she used a private email server for correspondence instead of her official email address. An investigation into attacks in Benhazi, Libya and Clinton's run for President in 2016 have made the emails (and her decision to selectively turn over archives to the State Department before wiping the email server) an issue. You can read through them here, or enjoy a long holiday weekend -- we wonder if that's a coincidence?

The emails we release today do not change the essential facts or our understanding of the events before, during, or after the attacks.

In this article: benghazi, email, HillaryClinton, SecretaryOfState, StateDepartment
All products recommended by Engadget are selected by our editorial team, independent of our parent company. Some of our stories include affiliate links. If you buy something through one of these links, we may earn an affiliate commission.