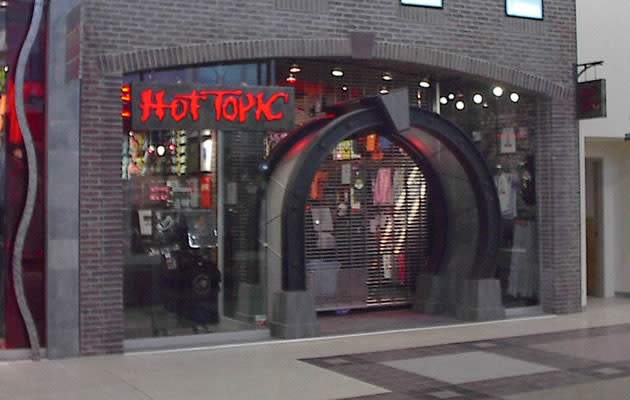 High school is teenage tribalism, which is why the Lip Service kids aren't going to hang with the Forever 21 set in the lunch hall. Now, however, Hot Topic has realized that it's got plenty in common with ThinkGeek, and has decided to swallow the niche retailer in a deal worth $122 million. Hot Topic CEO Lisa Harper believes that it's a good fit, since both companies share a strategy of "delivering great products for avid fans of various licensed properties." Or, in non business-school buzzkill speak, selling y'all t-shirts with Marvel characters on them will make the company even more bank if it owns one of its rivals.

There's an interesting quirk of history here, since ThinkGeek was originally a side project for its parent company, Geeknet. As Bloomberg notes, the artist formerly known as SourceForge was a dot-com bubble hit back in the day, after it presented a Linux-based alternative to Windows to the mass market. ThinkGeek was purchased with several other small businesses after the company raised a fortune in its IPO. Shortly afterward, however, the bubble burst and SourceForge found solace in the web's only good April Fools pranker. We were unable to reach the Lip Service kids for comment, but it is understood that they're still happy to come over and watch Doctor Who on Hot Topic's cable, as long as Hot Topic doesn't tell anyone at school.

In this article: GeekNet, HotTopic, Retail, SourceForge, ThinkGeek, Web
All products recommended by Engadget are selected by our editorial team, independent of our parent company. Some of our stories include affiliate links. If you buy something through one of these links, we may earn an affiliate commission.