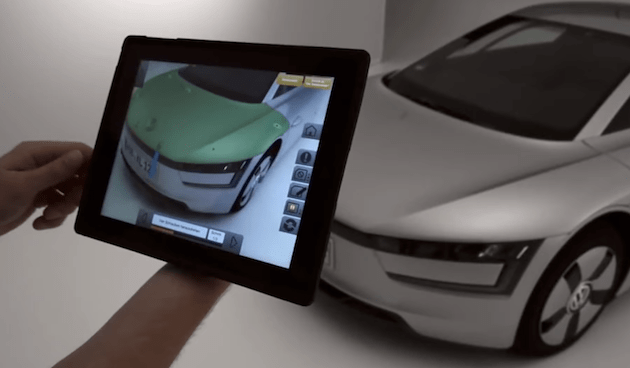 Out of all the major technology companies, Apple is yet to reveal its plans for augmented or virtual reality. But still, chances are the Cupertino firm's working on a project (or two) behind closed doors, as signaled by multiple patents that have surfaced over the past few years. To make matters more interesting, Apple has bought Metaio, a startup from Germany that's been focusing on AR since it launched in 2003. "Pioneers in Augmented Reality and Computer Vision," reads a message displayed in large font on Metaio's website.

And if you look at its YouTube channel, you'll also find hundreds of videos about AR, such as demos, tutorials, presentations and more -- including one titled "The Industrial Augmented Reality Revolution," which covers how the technology turns real-world info into virtual objects. We reached out to Apple for confirmation and it said this in an email: "Apple buys smaller technology companies from time to time, and we generally do not discuss our purpose or plans." While vague, that is the company's usual response to any inquiry about its rumored acquisitions

In this article: Apple, AR, Augmented Reality, augmented-reality, AugmentedReality, Metaio, virtual reality, virtualreality, VR
All products recommended by Engadget are selected by our editorial team, independent of our parent company. Some of our stories include affiliate links. If you buy something through one of these links, we may earn an affiliate commission.