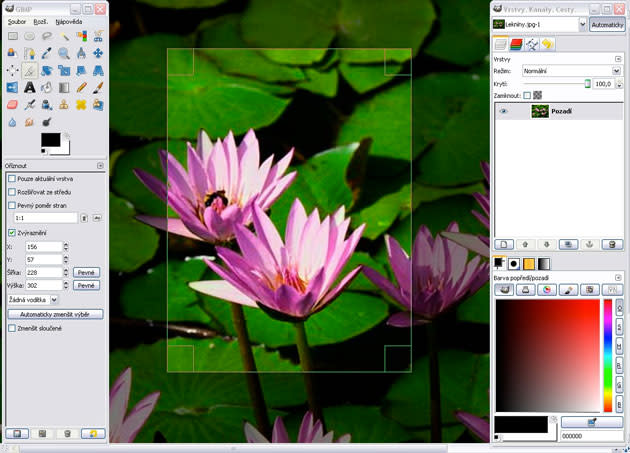 Far from just being that character in Pulp Fiction, GIMP is also an open-source alternative to Photoshop that's given away freely for all to use. Unfortunately, there's been a kerfuffle between the project's creators and SourceForge, one of the places that the software is available to download. The latter stands accused of adding for-profit adware to its version of GIMP, which is a big no-no amongst the free and open-source software community. In a posting to Google+, SourceForce is alleged to have frozen out GIMP for Windows rep Jernej Simončič and subsequently injecting malicious code into the build to trap unwitting users.

It's an accusation that SourceForge quickly refuted, with its public response titled "GIMP-Win project wasn't hijacked, just abandoned." As far as it's concerned, the project was dumped more than 18 months ago, and SourceForge charitably "stepped-in to keep this project current." The rebuttal also claims that previous concerns over misleading third-party ads were discussed and addressed well before this controversy began.

The piece goes on to say that while GIMP for Windows was no longer being maintained, SourceForge opted to establish a mirror of releases that are "hosted elsewhere." These mirrored releases, however, are "sometimes used" to push "easy-to-decline" adverts, adding that the untainted versions are also available to download, if you can find them. Which, roughly translated, sounds like if you're upset over downloading a version of GIMP seeded with adware, it ain't SourceForge's fault. For its part, GIMP is advising users to point their browsers only toward its official downloads page, and we can expect plenty of passive-aggressive broadsides on this topic in the near future.

In this article: Adware, FOSS, GIMP, JernejSimončič, OpenSource, SourceForge
All products recommended by Engadget are selected by our editorial team, independent of our parent company. Some of our stories include affiliate links. If you buy something through one of these links, we may earn an affiliate commission.