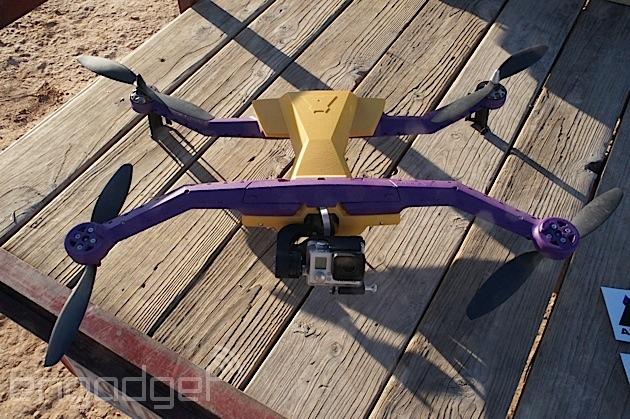 It's been several months since AirDog's namesake tag-along camera drone was originally expected to ship, but the award-winning robotic flyer is finally close to reaching your doorstep. The company has confirmed that its sports-oriented companion will officially launch on August 31st for $1,295, with crowdfunding backers getting the first batch. There are still some tweaks left (AirDog wants to improve the connection to the wearable "leash" that makes following work, for one thing), but it should otherwise be good to go. You will have to wait a bit longer if you want to check out the competition, though. The rival Hexo+ drone doesn't ship until the fall, so you might want to postpone making that epic biking movie if you're not sure which unmanned vehicle will deliver the best footage.

In this article: actioncamera, airdog, camera, drone, sports, uav, video
All products recommended by Engadget are selected by our editorial team, independent of our parent company. Some of our stories include affiliate links. If you buy something through one of these links, we may earn an affiliate commission.