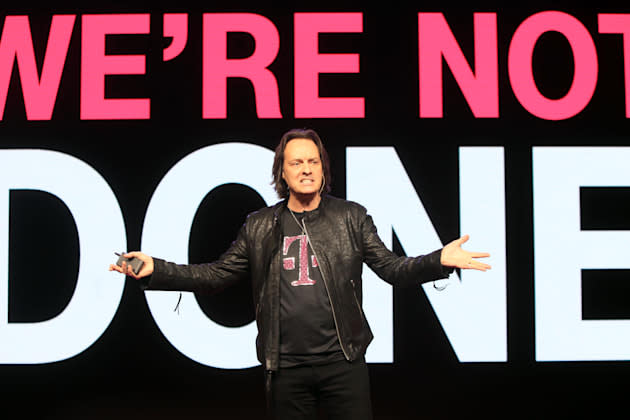 Add one more (potential) communications company deal to the pile: T-Mobile and Dish Network. According to the Wall Street Journal, the two are in "close agreement" about the structure of a combined company, with Dish CEO Charlie Ergen taking over as Chairman and T-Mobile leader John Legere serving as CEO for the two companies. Dish tried and failed to acquire Sprint a couple of years ago, while T-Mobile has made its own passes at joining with AT&T and Sprint. There's nothing final about the talks so maybe nothing will happen, but Verizon/AOL and AT&T/DirecTV could have company very soon.

In this article: acquisition, CharlieErgen, Dish, DishNetwork, hdpostcross, JohnLegere, merger, mobilepostcross, t-mobile
All products recommended by Engadget are selected by our editorial team, independent of our parent company. Some of our stories include affiliate links. If you buy something through one of these links, we may earn an affiliate commission.