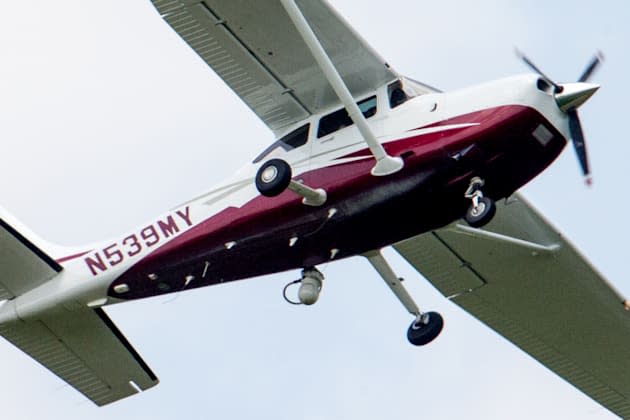 Thanks to a report from The Associated Press, we now know more about the FBI's fleet of small surveillance planes that are flying over US cities. It's no secret the aircraft have been used for years to aid the bureau's efforts on the ground, but recent flights were equipped with cameras and cellphone-tracking technology. The FBI says mass surveillance isn't the purpose of the group of mostly Cessnas (like the one above), maintaining the gear is only used for ongoing investigations -- more often than not, without a warrant. The FBI isn't denying the existence of the aircraft, but the AP linked the fleet to at least 13 fake companies. Those companies coordinated over 100 flights in 11 states during a 30-day span starting in late April. According to the bureau, measures are taken for "operational security purposes" and for pilot safety. The FBI also says the phone-tracking tech is rarely used. However, as with its Stingray devices, the cellphones of nearby people are caught up in the net -- not just the intended target.

In this article: airplanes, cellphonemonitoring, cellphonetracking, fbi, government, planes, privacy, surveillance, us, video
All products recommended by Engadget are selected by our editorial team, independent of our parent company. Some of our stories include affiliate links. If you buy something through one of these links, we may earn an affiliate commission.