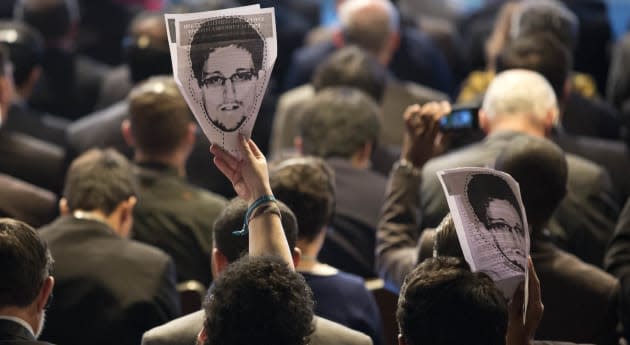 It's been about two years since we first discussed the NSA plan for "bulk metadata" monitoring of phone calls. At the heart of that information and so many revelations since, is Edward Snowden, the man who leaked documents to Glenn Greenwald and Laura Poitras about exactly what was being done in the name of national security. Still living in Russia to avoid prosecution for that act, he's published an op-ed in The New York Times, titled "The World Says No to Surveillance." Others like Leslie Cauley had raised alarms about overzealous spying before, but these leaks spurred action, resulting in a Senate vote this week to finally place some limits on the NSA's Patriot Act-enabled authority. Those changes, and similar movement around the world, Snowden credits to you, the public, for making happen, but notes there is work yet to be done as the right to privacy remains under threat.

In this article: EdwardSnowden, NSA, PRISM, privacy
All products recommended by Engadget are selected by our editorial team, independent of our parent company. Some of our stories include affiliate links. If you buy something through one of these links, we may earn an affiliate commission.