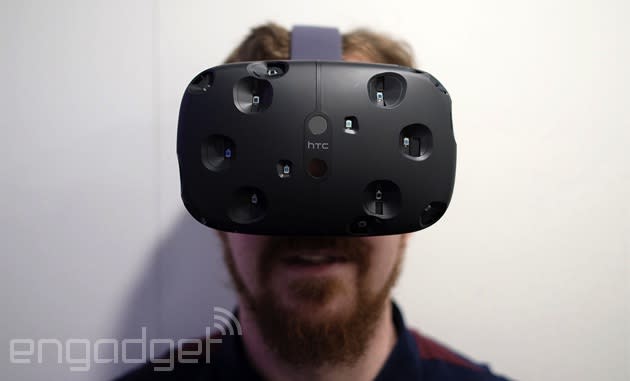 If you're one of the fortunate few software developers to have scored HTC's Vive virtual reality headset, you'll want to keep an eye out for a delivery truck in the near future. Valve has confirmed that it's shipping the Vive Developer Edition to a "wide range" of teams, ranging from indie game studios to big-name movie producers. It's not clear how many got their VR headgear, although Owlchemy Labs' Devin Reimer has revealed that he's on the short list. You'll still have to wait until the end of the year to snag a Vive if you're a regular gamer, unfortunately. Still, the developer release at least suggests that the public launch is on track.

In this article: developer, gaming, headset, htc, steamvr, valve, valvesoftware, virtualreality, vive, vr
All products recommended by Engadget are selected by our editorial team, independent of our parent company. Some of our stories include affiliate links. If you buy something through one of these links, we may earn an affiliate commission.