Anti-drunk driving technology won't start the car if you're smashed 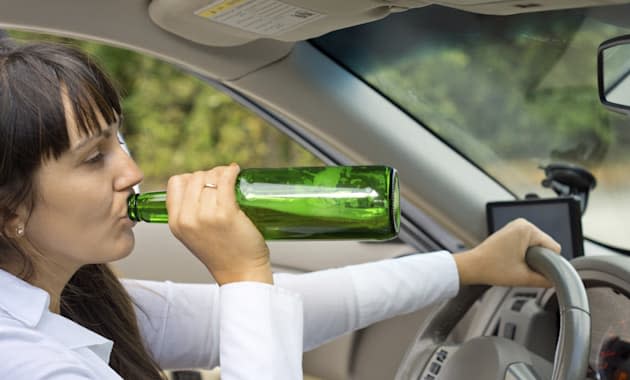 The National Highway Traffic Safety Administration's anti-drunk driving technology won't let you get away with driving sloshed -- it won't even let you start the car. At a recent event, the agency has revealed the prototype of two candidates for the Driver Alcohol Detection System for Safety (DADSS) tech that it's been developing since 2008. One is an unobtrusive breathalyzer mounted either on the steering wheel or the driver-side door that can "smell" your breath even if you don't lean in closely. The other is a touch sensor embedded in an ignition button or a gear shift that scans your finger for your Blood Alcohol Content (BAC). Both car add-ons are capable of detecting whether your BAC is beyond the legal limit of 0.08, and both of them are designed to keep you from taking the car anywhere if that's the case.

Not everyone's thrilled about the fledgling system, though: American Beverage Institute, a restaurant association, believes DADSS won't be able to curb drunk driving. Managing Director Sarah Longwell told The Detroit News that it "will simply stop many responsible social drinkers who have a glass of wine with dinner from starting their cars," since BAC rises as alcohol gets absorbed into your bloodstream.

To be clear, the agency will not require automakers -- some of which are working on anti-drunk driving tech of their own -- to install the system when it's ready. NHTSA head Mark Rosekind just hopes that after it gets tested on government vehicles in a few years, people would find it useful or even necessary. That will take a while, though, since the agency believes research and development of the final product could take five to eight years more.

There is still a great deal of work to do, but support from Congress and the industry has helped us achieve key research and development milestones. DADSS has enormous potential to prevent drunk driving in specific populations such as teen drivers and commercial fleets, and making it an option available to vehicle owners would provide a powerful new tool in the battle against drunk driving deaths.

In this article: DADSS, DrunkDriving, NHTSA
All products recommended by Engadget are selected by our editorial team, independent of our parent company. Some of our stories include affiliate links. If you buy something through one of these links, we may earn an affiliate commission.