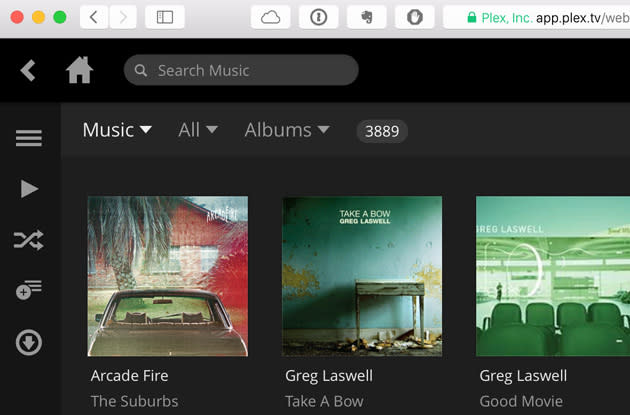 You probably don't think of your personal media server as a target for hackers and spies, but Plex isn't taking any chances. The company has started handing out free SSL security certificates to everyone using a media server, giving you an encrypted connection while you're picking a movie to watch or simply signing in. The feature works across devices, too -- you'll get the same locked-down link whether you're on your phone or the web. Support is live now on Android, Plex Home Theater, Roku players, Windows and the web, and it should land shortly on game consoles, iOS and smart TVs.

In this article: encryption, hdpostcross, internet, mediaserver, plex, privacy, security, ssl, streaming, web
All products recommended by Engadget are selected by our editorial team, independent of our parent company. Some of our stories include affiliate links. If you buy something through one of these links, we may earn an affiliate commission.