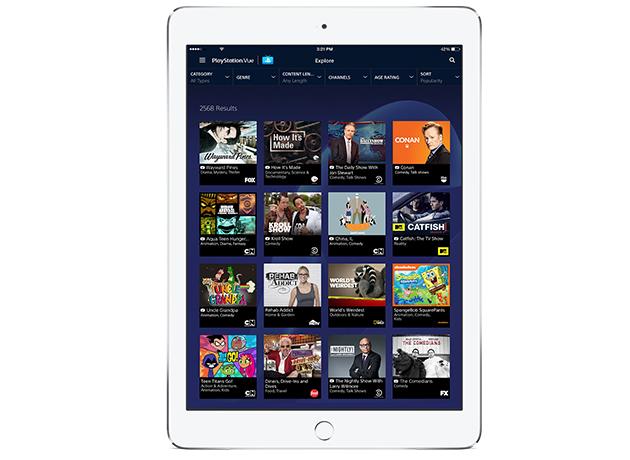 We've known that PlayStation Vue would hit iPad sooner or later and now Sony's TV streaming service finally has. PlayStation Vue Mobile's available in Chicago, New York and Philadelphia (the same cities the service launched in earlier this year) at the moment, and it's basically the same as what's on your PS4 in terms of functionality. So, video on demand, live TV and access to your favorite shows and channels as long as you're in one of the three aforementioned cities. You still need a PS4 to sign up, of course, and blackout restrictions can occasionally block streaming, just like we've seen with Sling TV. Usually, that means sporting events blacked out for various reasons, but it's worth keeping an eye on.

Of course, Vue's availability could be expanded upon during E3 next week and we'll be there to tell you about it. For full details on the application, hit the source link and for our video walkthrough of the service check the clip below.

In this article: chicago, gaming, hd, hdpostcross, IOS, ipad, mobile, mobilepostcross, NewYork, philadelphia, PlayStation, playstationvue, PSVue, sony
All products recommended by Engadget are selected by our editorial team, independent of our parent company. Some of our stories include affiliate links. If you buy something through one of these links, we may earn an affiliate commission.