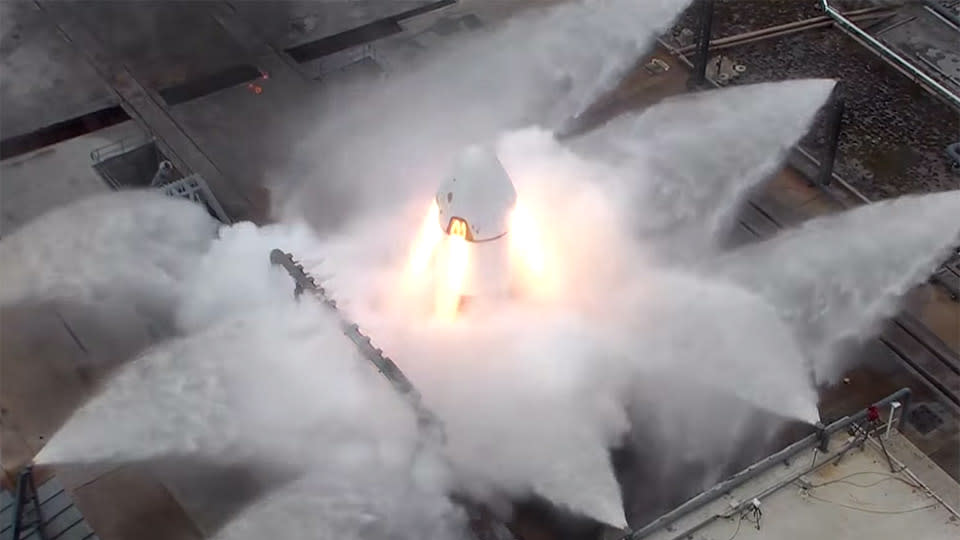 NASA has granted the SpaceX Crew Dragon pad abort milestone approval following critical tests last month. The vehicle -- which will eventually carry astronauts to the International Space Station -- rocketed to a height of 1,187 meters (3,900 feet) at 345mph, powered by its eight SuperDraco engines. The crew pod then separated from the trunk and floated on three parachutes to an Atlantic splashdown, surprisingly close to shore. NASA said that the test gave engineers "volumes of important information," adding that "(simulations) still can't beat a flight test like this for finding out what's going on with the hardware."

Passing the test earned SpaceX a $30 million NASA payment, and the Crew Dragon can now move on to the in-flight abort tests scheduled for this fall. During that phase, the crew pod will eject exactly as it did during the pad test, but in the troposphere and near the speed of sound. The goal is to ensure that the crew vehicle can safely get away from the Falcon 9 launch rocket during the crucial phase of maximum flight drag. If that goes well, SpaceX could launch the first manned Crew Dragon tests as early as 2017, and will then vie with Boeing to be first to the ISS. If you want to relive the pad abort test, the video is below, but turn the volume down -- rockets are loud.

In this article: Crew Dragon, crew safety, Dragon, manned spaceflight, NASA, pad abort test, SpaceX, video
All products recommended by Engadget are selected by our editorial team, independent of our parent company. Some of our stories include affiliate links. If you buy something through one of these links, we may earn an affiliate commission.