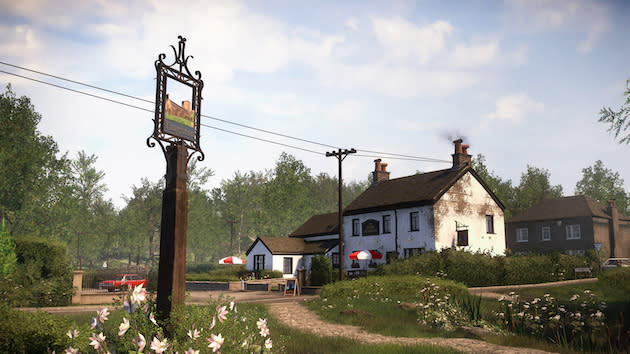 The middle of August is looking mighty fine if you're an indie game fan. Not only do we get the incredibly snazzy-looking Volume from Mike Bithell on the 18th, Everybody's Gone to Rapture exclusively hits PlayStation 4 the week prior on August 11th according to the PS Blog. What's more, the mysterious look at what happens after the world ends from the team behind Dear Esther and Amnesia: A Machine for Pigs has a new website that'll be updated with fiction, music and more on the road to the game's release.

If you're worried about said fiction spoiling the game's mystery, however, developer Dan Pinchbeck writes that those worries are unfounded as the stories will introduce characters and themes -- not plot points. It's likely helping build the world and adding to its mystique rather than pulling a Hollywood and cramming a two-hour movie into a 90 second trailer. And speaking of which, there's a new one of those and a fresh song off the soundtrack below.

In this article: EverybodysGoneToTheRapture, gaming, hd, hdpostcross, IndieGames, PlayStation, ps4, sony, thechineseroom
All products recommended by Engadget are selected by our editorial team, independent of our parent company. Some of our stories include affiliate links. If you buy something through one of these links, we may earn an affiliate commission.