ViacomCBS is working on yet another streaming service 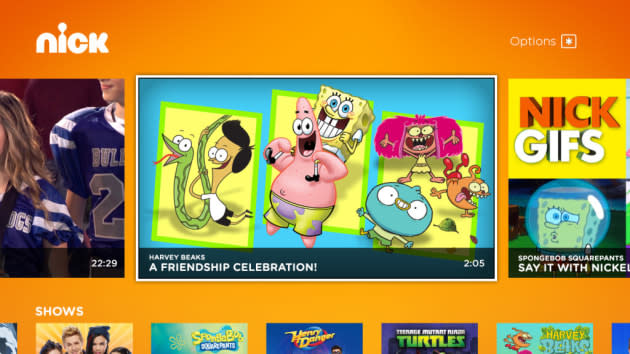 Nickelodeon announced Thursday that its popular streaming app is now available on Roku-enabled devices and televisions. The Nick App (which is already available on the App Store, Google Play, Amazon and Xbox 360) delivers full episodes of the network's live-action and animated shows. The app's been downloaded more than 16 million times since its debut in 2013 and can be found in the "Kids & Family" section of the Roku Channel Store.

In this article: nickelodeon, roku, streaming, television
All products recommended by Engadget are selected by our editorial team, independent of our parent company. Some of our stories include affiliate links. If you buy something through one of these links, we may earn an affiliate commission.