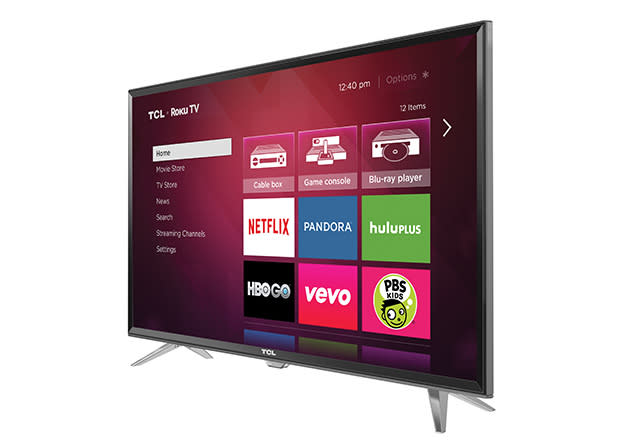 Roku is going 4K! Eventually. The company has announced plans for a 4K reference model of a Roku TV, and that TCL would be the first to partner with the company in the Ultra HD space. What does that mean? Well, it means soon enough Roku will have a board and software capable of spitting out unnaturally hi-res video from the likes of Netflix (one of the first to announce it will deliver 4K through Roku TV), but that it will be up to TV manufacturers to turn that into a consumer product. How long will that take? Who knows? The company isn't nailing down a time frame just yet. But we don't expect anything to hit shelves until the summer at the earliest. (And we're probably being optimistic.)

As for Roku's standalone devices? They don't support 4K. And the company wouldn't comment on any new models that may be on the roadmap right now. But, it's probably a safe bet that they're in the works. Roku CEO Anthony Wood believes that 4K will be mainstream soon enough, and that streaming will be the de facto format. Right now, if you're looking for Ultra HD content you won't find it in broadcast or on any physical medium. Basically, the internet is the new Blu-ray.

You can't show up to CES without something to show off, though. So Roku announced that Haier and Insignia (Best Buy's in-house brand) will soon offer models running Roku TV. A lot of details about them are still unclear, but you can bet pricing will be squarely in the budget realm. Haier's models will start with a 32-inch 720p model, but will run all the way up to a 65-inch 1080p version. Insignia's probably won't differ too much from its existing line up, and you can probably expect to pay only a small premium over its un-connected sets.

In this article: 4k, best buy, ces, ces2015, haier, hdpostcross, Insignia, roku, roku tv, tcl
All products recommended by Engadget are selected by our editorial team, independent of our parent company. Some of our stories include affiliate links. If you buy something through one of these links, we may earn an affiliate commission.