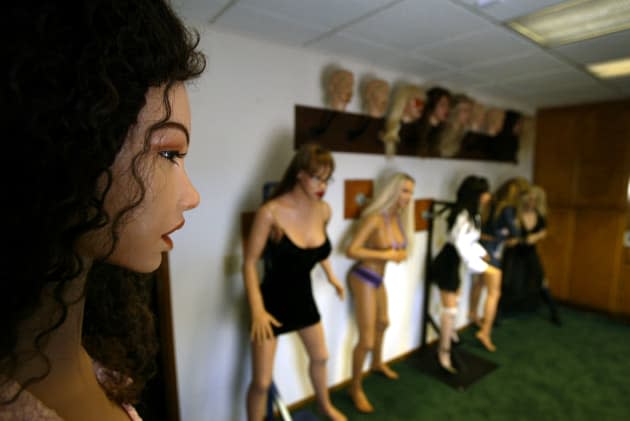 Tired of your $10,000 anatomically-correct sex doll just lying there? Well, now RealDoll, purveyors of alarmingly lifelike silicone sex partners -- and apparently not movie buffs -- plans to give them personalities. According to the New York Times, RealDoll founder and CEO Matt McMullen has hired a team away from Hanson Robotics for the new project, dubbed Realbotix, for the express purpose of animating these dolls. The team is reportedly developing an artificial intelligence system capable both of following commands and verbally responding to its user. What's more, RealDoll is also working on an animatronic head (complete with blinking eyes and movable mouth).

Additionally, the team plans to potentially incorporate a mobile app that would act as a Tamagotchi-like companion as well as a VR headset that could either replace (or at least augment) the doll itself. The company has already sold more than 5,000 RealDolls (which run from $5,000 to $10,000 each) since its founding in 1996. According to McMullen, the key to avoiding a creepy Uncanny Valley while adding the new movement and reaction is making sure the dolls still look like dolls, instead of detailed copies of real people -- we'll just have to take his word on that one.

In this article: AI, ArtificialIntelligence, Realbotix, realdoll, robots, sex, sexbots, video
All products recommended by Engadget are selected by our editorial team, independent of our parent company. Some of our stories include affiliate links. If you buy something through one of these links, we may earn an affiliate commission.