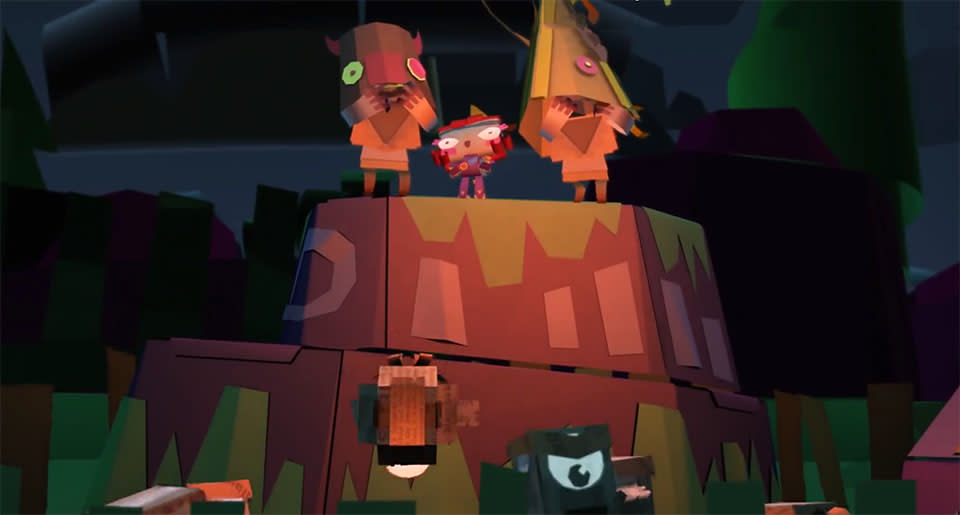 Ready to guide a papercraft "You" through a world of hugs, malevolent squirrels and craft projects again? Yes, Tearaway Unfolded is coming at last to Sony's PS4 console on September 8th. The game is a remake of the Tearaway on PS Vita, but reworked extensively with better graphics and support for the PS4's DualShock 4 controllers. For instance, you can use the DualShock as a torch to attract (and then dispatch) enemy critters or catch objects "thrown" by on-screen characters. It'll cost the same $39.99 as the popular Vita original, and early adopters will get a limited "Crafted" edition with custom decor, costumes and the Tearaway Unfolded soundtrack.

In this article: availability, Playstation4, PS4, sony, Tearaway, Tearaway Unfolded, video
All products recommended by Engadget are selected by our editorial team, independent of our parent company. Some of our stories include affiliate links. If you buy something through one of these links, we may earn an affiliate commission.