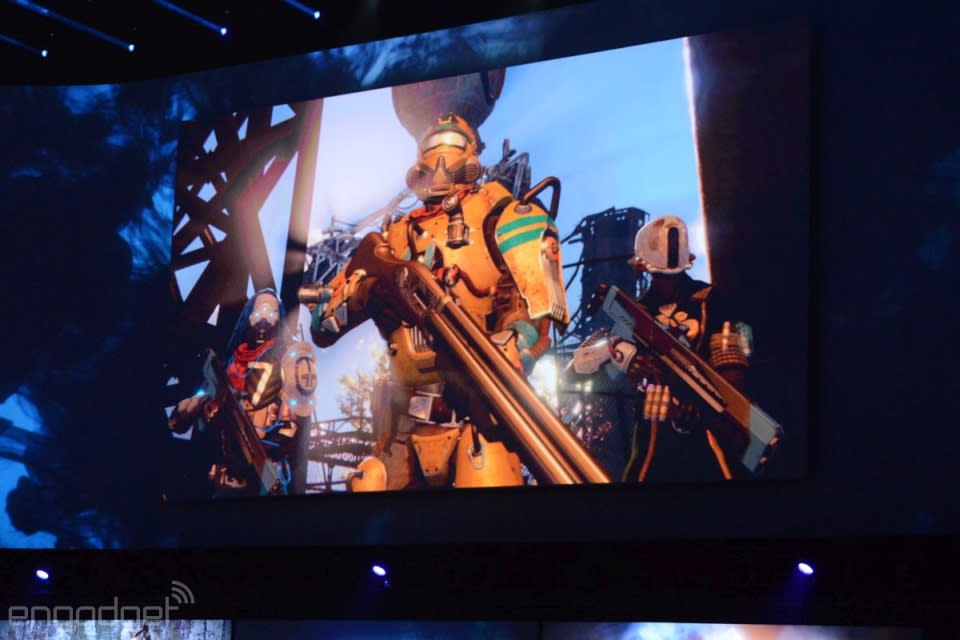 Destiny has been a massive hit since it debuted at the end of last year, and tonight during PlayStation's E3 event, we got our first look at its next big expansion: The Taken King. It's supposed to launch on September 15th, and will see players facing off with the dad of the big bad they killed in the game's second raid. Known as Oryx, The Taken King is (of course) amassing a dark army of darkness that will need to be eliminated so players can get loot. It looks like players will face enemies from all of the groups seen so far in Destiny, and there will again be some PlayStation-exclusive content when the add-on launches.

In this article: bungie, destiny, e32015, hdpostcross, playstation, sony, video
All products recommended by Engadget are selected by our editorial team, independent of our parent company. Some of our stories include affiliate links. If you buy something through one of these links, we may earn an affiliate commission.