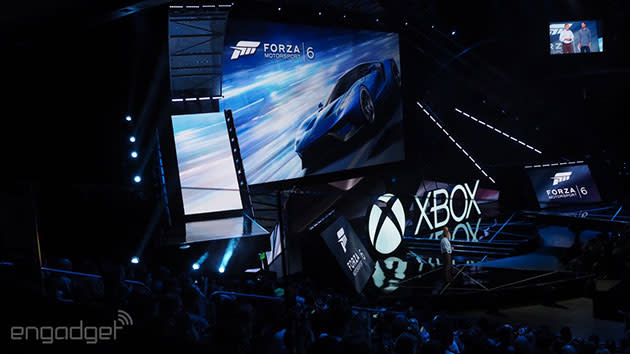 If fast cars are what you're after when it comes to gaming, Forza Motorsport 6 will pack in plenty of that. The next installment in the series arrives September 15th on Xbox One. When the garage door opens, the game will offer the new Ford GT as a vehicle option before it makes its return to Le Mans in 2016. Heck, Microsoft and Ford even lowered one from the ceiling at the Xbox press event to celebrate. Turn 10, the studio behind Forza, says this release is "the most beautiful, technically advanced" game it's ever built. You can bet we'll be looking to put that claim and the game's 24-car multiplayer option to the test at the end of the summer.

In this article: e32015, forza, forza6, gaming, xbox, xboxone
All products recommended by Engadget are selected by our editorial team, independent of our parent company. Some of our stories include affiliate links. If you buy something through one of these links, we may earn an affiliate commission.