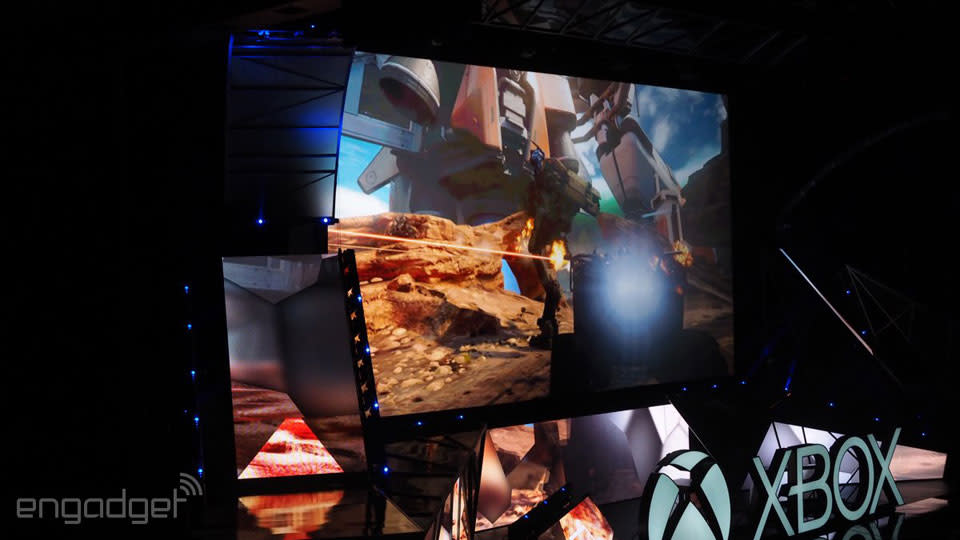 Halo 5: Guardians won't force you to you choose between the grand scale of its single-player story and the camaraderie of multiplayer... in theory, you'll get both at the same time. The crew at 343 Industries has revealed that its sci-fi shooter will include Warzone, a 24-player mode that has you facing off against both other humans and AI opponents. Its maps are about four times the size of those from earlier games in the series, too. The addition reflects just how important the team dynamic (also shown off in single-player mode at E3) will be when Halo 5 arrives in October -- it's anything but an afterthought.

18
In this article: e3, e32015, gaming, halo, halo5, halo5guardians, microsoft, videogames, xbox, xboxone
All products recommended by Engadget are selected by our editorial team, independent of our parent company. Some of our stories include affiliate links. If you buy something through one of these links, we may earn an affiliate commission.